A token raise for some JPMorgan Chase employees: Jamie Dimon earns more in three hours that what his employees earn in a whole year

“How can you live with yourself, Jami Dimon, when you earn more  in  three hours work than what your employees earn in a whole year?” 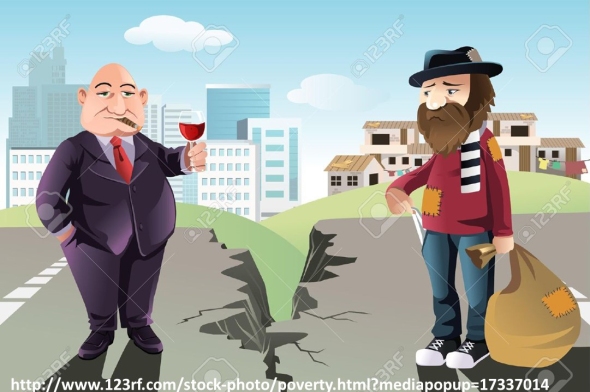 Today in a remarkable New York Times op-ed, “Why We’re Giving Our Employees a Raise,” by Jamie Dimon, chairman and chief executive of JPMorgan Chase, appeared to address the economic inequality. As stated in the op-ed, “Over the next three years, we will raise the minimum pay for 18,000 employees to between $12 and $16.50 an hour for full-time, part-time and new employees, depending on geographic and market factors.

A pay increase is the right thing to do. Wages for many Americans have gone nowhere for too long. Many employees who will receive this increase work as bank tellers and customer service representatives. Above all, it enables more people to begin to share in the rewards of economic growth.”

These words seem to announce a new corporate responsibility and that Wall Street and that the upper 1% have finally recognized that the other 99% are suffering. The facts are different when looking at the actual data. The salary for these  18,000 employees will increase from $10.15 to between $12 and $16.50 an hour, an average increase of 40% to $14.25 per hour over a three year period. Each of these employee works an average of 30 hours a week and their annual salary–assuming that they work 52 weeks a year–will increase from $15,834 to $22,230.  This looks like a great raise; however, it does not even cover the average rent for a one bedroom apartment in San Francisco at $3500 per month ($42,000 per year) or in New York at $2700 per month ($32,400 per year).  Although it will cover the rent for a one bedroom apartment in Chicago at $1757 per month ($21,084 per year). It would leave $146 for all other expenses incurred during the year.

Although 18,000 employees is a large number, it is  only a small percentage of the bank’s 235,000 employees.  Do most of the others employees continue to work for poverty wages?

All of a sudden, it is not such a generous offer especially since Jamie Dimon received a 35% raise this year–an increase from $20 million to $27 million dollars. This means his annual pay is more than 1200 times that of these lucky employees who will receive a raise. This means he earns in less than three hours what these employee slave for  during the whole year. That is obscene!

Thus, do not be taken in by Jamie Dimon’s caring and humanistic op-ed.  See it as it is, a self-serving corporate gesture that obscures the actual transfer of wealth from the employees to the top 1%.